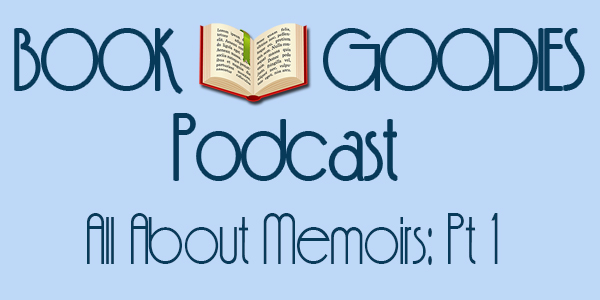 Best selling memoir authors Marlayna Glynn Brown and Shawn Inmon join BookGoodies podcast host Deborah Carney to discuss the differences between Memoir, Autobiography and Biography and how memoirists decide what and how to write. Great listen for anyone that enjoys reading memoirs, writing memoirs or is thinking about writing one. This is part one of a planned series about writing memoirs.

About Marlayna:
Marlayna Glynn Brown is a best-selling American author, award-winning photographer, screenwriter and yogi. Immediately upon publication in 2012 Marlayna’s first memoir, Overlay: A Tale of One Girl’s Life in 1970s Las Vegas, became and remains one of the highest rated author memoirs on Amazon. Overlay won a finalist award in the 2013 Next Generation Indie Book Awards.

Marlayna’s life credits, BA in Literature and MS in Human Services have enhanced her remarkable gift in observing and recording humanity. Her memoirist writing credits include Overlay: A Tale of One Girl’s Life in 1970s Las Vegas, City of Angeles, Big as All Hell and Half of Texas, The Trilogy: Memoirs of Marlayna Glynn Brown, One Day The Invitations Will Stop Arriving, Lovers, Liars and Lotharios, and Rest In Places: My Father’s Post-Life Journey Around The World. Her articles have been featured on PBS Next Avenue, Elephant Journal and The Good Men Project.

Marlayna’s instructional works include The Nomadic Memoir Series: Memoir Writing Tips for Authors, and Best Selling Award Winning Promotion and Marketing Tips for Authors.
Her short film, People That do Something, is based on a chapter from Overlay and can be viewed on Marlayna’s Youtube channel.

About Shawn:
Shawn Inmon hails from Mossyrock, Washington–the setting for his first two full-length books, Feels Like the First Time and Both Sides Now. Both of those are available as audiobooks, as well as print and eBook. By day he works in real estate with a side of public speaking; prior to that, he has DJed, sold stuff that you definitely wanted, cooked your hamburgers, fished for crabs, bought for department stores, and done business consulting. He is married to his high school sweetheart, Dawn. He is a father of five, grandfather of five and best pal of two chocolate labs named Hershey and Sadie and a slightly insane cat named Buddha.

Did you give this a listen?? Let us know what you thought in the comments and post any questions you have about Memoirs and Memoir writing for the next podcast.